The Mayor of Erewash 2020/21 is Councillor Sue Beardsley 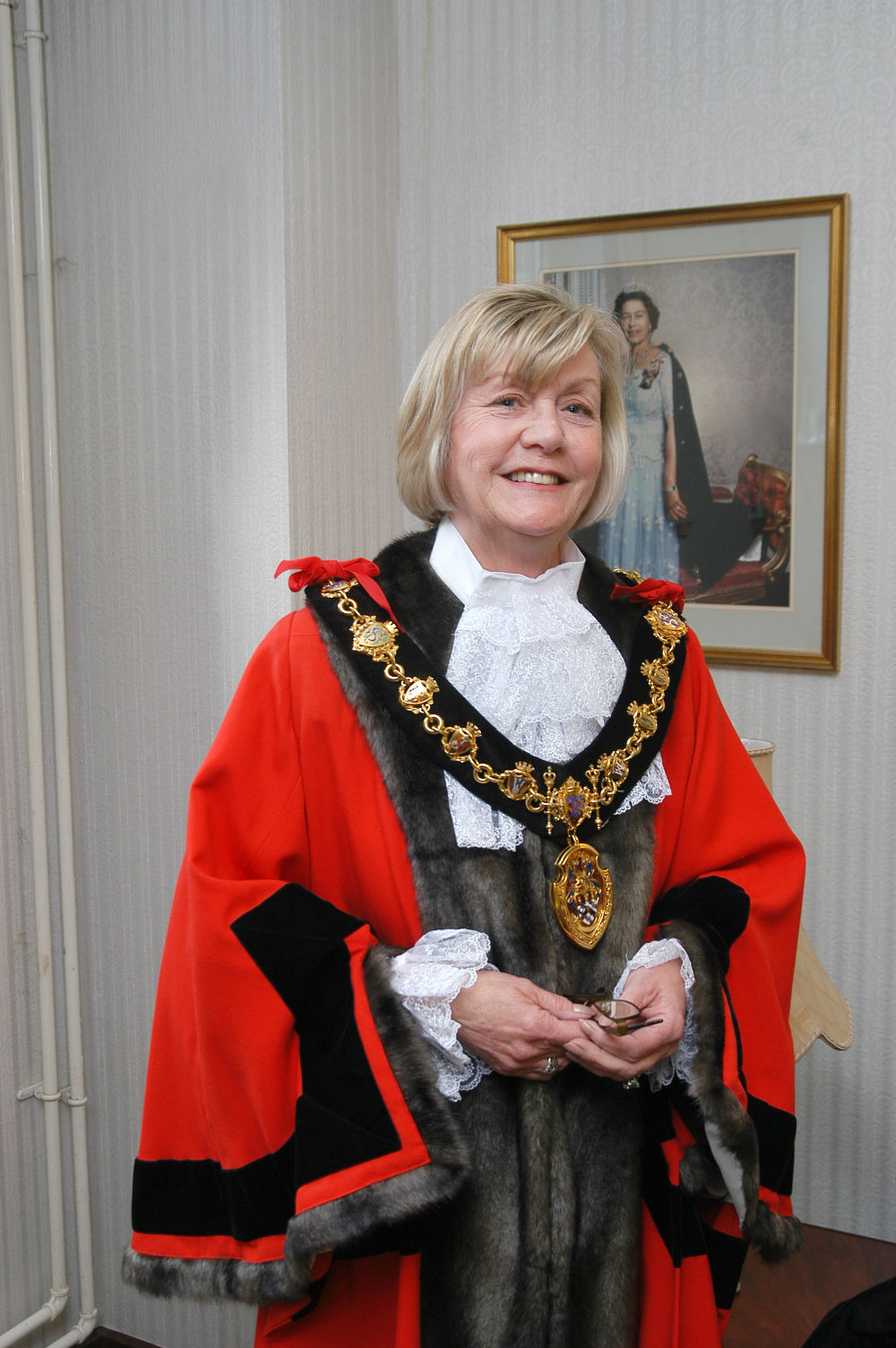 Due to the continuing challenges and uncertainty over the coronavirus lockdown, the Annual Meeting of the Borough Council in May had to be cancelled and it was therefore agreed that Councillor Beardsley will serve an extended term in the role of Mayor of the Borough.

Councillor Beardsley is delighted to continue in the role and is looking forward to serving residents of Erewash during the next civic year as soon as the conditions improve.  During this time she will again be supported in her civic duties by her husband John.

Sue has represented the Little Hallam ward on the Borough Council since 2015.  She lived in Selston before moving to Ilkeston in 1990 and works as the administrator for a local company where she has been since 1992.  She has one son, a daughter in law and two grandsons, who she takes great pleasure in spending time with. Sue and John are both members of the National Trust and, in their spare time, enjoy travelling around the country visiting various places of interest. Councillor Beardsley also enjoys cooking and baking when time allows.

This civic year, the Mayor has chosen to support two local charities - Treetops Hospice Care and The Stroke Association (further information below).

Councillor Donna Briggs, ward councillor for the Long Eaton Central Ward, will also be continuing as the Deputy Mayor.

The Reverend Stephen Pratt of the Ilkeston Methodist Church will be continuing as the Mayor’s Chaplain during the forthcoming civic year.

During this year in office, the Mayor has chosen to support two local charities:

Treetops Hospice Care is based in Risley and provides nursing care and emotional support for adults and their families in Derbyshire and Nottinghamshire.  Treetops offers a variety of services such as hospice at home, wellbeing space, therapeutic and befriending services. Their mission is to make every day count for patients and families living with life-limiting illnesses or who are affected by death and dying.

The Stroke Association's 'Here for You service' is the second charity.  The charity has two affiliated support groups in Ilkeston and Long Eaton but these have been unable to meet during the pandemic and the stroke support co-ordinators have been unable to get out and engage with stroke affected families in thier homes.  At this time they are not sure when things will return to 'normal'.  As such, they have developed an enhanced offer working with the NHS to ensure no one slips through the net and gets the support they need.

Notes on the attendance of the Mayor at functions

The Mayor, as First Citizen, should be accorded due precedence and respect within the Borough.  A responsible person should meet the Mayor on arrival at the entrance - address her as Madam Mayor - and should introduce her to the host or the assembled company.

If the Mayor is to speak, her toast or reply should appear early on the toast list and any background information should be sent to the Civic Office in advance. Unless the Mayor occupies the chair she should be seated on the immediate right of the person chairing (assuming Royalty, the Lord Lieutenant or High Sheriff are not present).  The formal announcement of the Mayor is “The Worshipful the Mayor of Erewash, Councillor Sue Beardsley”.

The Mayor will normally be accompanied by her husband John and sometimes a Chauffeur. The Chauffeur should be advised of changes to programme, parking and the anticipated time that the event will end.

Invite the Mayor to your event

To invite the Mayor to your event, or to request a visit to either of the town Halls, you should download our leaflet or send a written invitation via the Mayor’s Office. Invitations are considered on a strictly first come, first served basis and you may wish to telephone the Mayor’s Office to check the Mayor’s availability before writing.  Obviously, care and attention must be given to all events in relation to social distancing at this time.

The address is: Mayor’s Office, Erewash Borough Council, Town Hall, Ilkeston, Derbyshire DE7 5R, or you can email the Democratic and Civic Officer, Susan Dunkley, at the Town Hall, Ilkeston, Derbyshire DE7 5RP (email: civic@erewash.gov.uk). It is recommended that you telephone the office first of all to make sure the date is free in the civic diary (telephone 0115 9071115 direct or 0115 9072244, extension 3441 via the switchboard).

If the Mayor is unavailable on the date in question, the Deputy Mayor will be asked to represent the Council. The Office will help you if you need any guidance on protocol, for instance how to introduce the Mayor, how to draw up a seating plan or for advice on the involvement of the local press. Please telephone the Office on 0115 9071115.